Casting a ballot in the 2020 state primaries is proving no small feat. Several states have grappled with serious blunders over the past few months – sounding the alarm for what could transpire come the US general election in November. Long lines, faulty machines, untrained personnel, and registered voters missing from voter rolls are all signs of a system in peril. Toss in health and safety concerns surrounding a global pandemic, and you have a system nearing its breaking point.

While ‘vote by mail’ has certainly gained popularity, it is by no means foolproof and has obstacles to overcome. Election officials must address the complexities of maintaining election integrity by improving the accuracy of voter rolls. This in turn allows them to reduce the waste and cost of undeliverable election-related mail, as well as avoid potential voter disenfranchisement when election materials are not received.

But how are these registrations validated and how does the technology behind it all work? Instituting and maintaining strong processes will not only soothe the debate but also alleviate concerns across party lines. Sophisticated data management must be a priority; however, many data tools lack the comprehensive approach required to perfect voter files. Updating and deduping voter contact information is a complex but manageable process, critical to helping election boards maintain election integrity and fairness, as well as save taxpayer dollars.

The Electronic Registration Information Center (ERIC) is a non-profit membership organization designed to improve the accuracy of America’s voter rolls via central data matching services. Formed in 2012, it is currently comprised of 30 member states and the District of Columbia; once a year, each member provides resident DMV and mortality records to update the broader database.

By sharing driver license data across the entire membership, member states can determine whether a registered voter is indeed eligible to vote in his/her registered state. Availability of death records allows further refinement and reduction in illegitimate registrants engaging in potential voter fraud. The database’s primary goal is to detect incorrect and outdated voter registration records, as well as identify unregistered citizens who are eligible to vote and encourage registration thus potentially boosting election turnout.

Yet with just over half of all states participating, ERIC does not reveal the big picture across the US. Non-member states, some with large populations like California and New York, do not contribute their resident data to the database, leaving ERIC much less comprehensive than originally intended. This is further intensified by the fact that in 2019 some 31 million Americans moved, including 4 million that moved out of state. These numbers seriously affect an election board’s ability to keep voter lists clean and up-to-date – and, more broadly, inadvertently allowed 2.75 million people to be registered and potentially vote in more than one state. 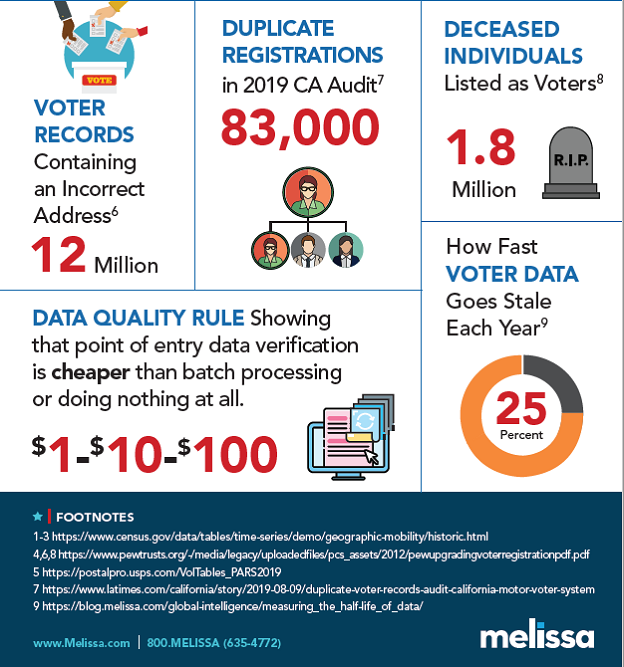 Voter data changes in real time, which is in direct opposition to how the ERIC system processes data validations. Its annual schedule of validation is disconnected from a real-world approach that considers data factors like how people move, get married, and die. These are the kinds of highly personal events that do not just occur annually and certainly do not occur only in the states subscribing to the system.

An ideal voter validation system instead accesses data that covers a much larger subset of the US population, such as the USPS’ National Change of Address (NCOA or NCOALink) database. Service providers who fully license NCOALink services can match an existing list against the full USPS NCOALink dataset of approximately 160 million records, which includes all permanent change-of-address records filed with the USPS over the last 48 months.

Third-party data quality providers extend NCOA value even further, for example by blending its information with additional proprietary data sources for increased data insights. The NCOA file is updated weekly and proprietary sources may be updated quarterly – providing a much more accurate view of voter addresses on a nationwide basis. This unique blend of data sources typically identifies issues with 30-40% more entries than does NCOA alone. Additional tools, such as appending addresses with apartment numbers and suppressing records of deceased individuals, add great value in both reaching voters and eliminating mail waste.

In contrast, the base data file used for comparisons by ERIC is restricted to its 30 member states and the District of Columbia.

To test a proposed voter purge list, a data sample provided by a state in the Midwest included 232,579 voters in its file. Initial analysis identified 138,075 changes from the address provided by the state, or about 60%. That set was further divided into two groups based on whether the move was within the state, or into another state.

Ideally, such a data analysis includes detailed comparisons of the original address and the new address within a new proprietary person record data file. Date of address change is a critical measurement in this process, providing additional insight and emphasizes that the communication between the state and the voter was not fulfilled because the voter had only recently changed address. These are the distributions of the year the voter moved. 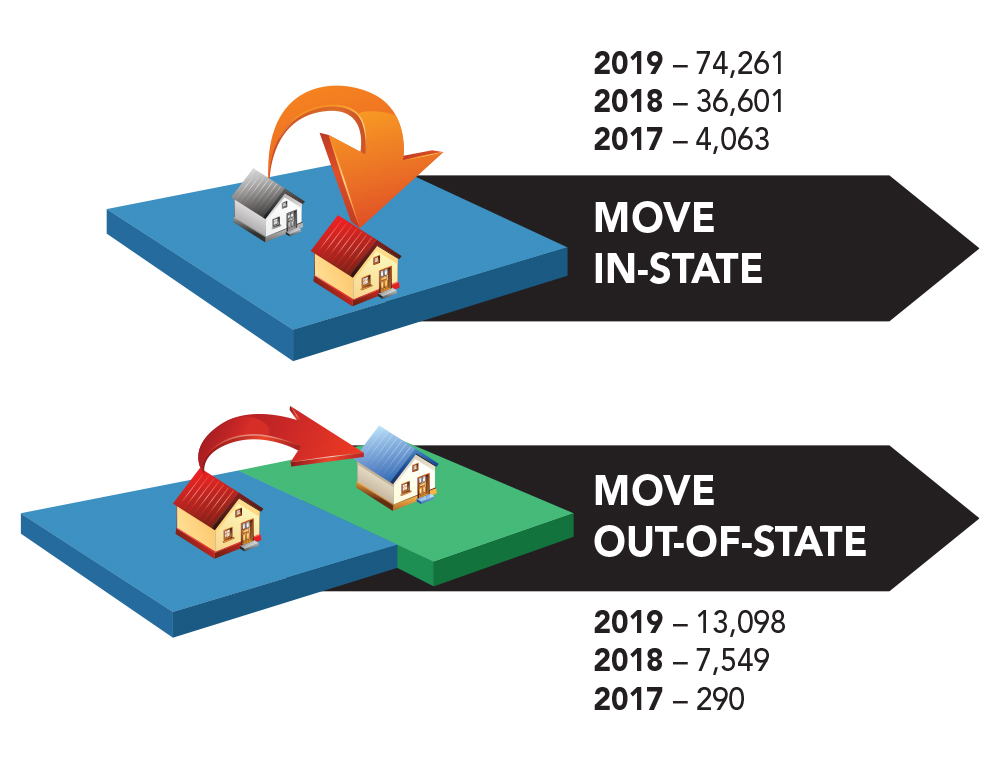 The State of the States

Consider the immediate and long-term ramifications of poorly maintained data – not only do election boards waste money, they may not reach their voters.

The hard costs of undelivered mail add up quickly and include the prepaid postage for the initial mailing and the cost of research, correction, and re-mailing. In April, the Brennan Center for Justice recommended that Congress allocate “at least $4 billion to ensure all elections between now and November are free, fair, safe, and secure.” In March, the center had estimated that prepaid postage alone would cost roughly $500 million. Other sources also estimate one percent of mailing lists go out of date every month, with an associated cost of $3 per piece of mail to research, correct, and resend.

Data recently released by the Maryland Board of Elections showed that 20,367 of the more than 230,500 ballots, or nearly one in 10, sent to Baltimore City voters could not be delivered before the area’s April 28 special election. Another 4,355 ballots were undeliverable to Baltimore County voters, as well as 3,886 undeliverable to Howard County voters, roughly three percent of all ballots in those two jurisdictions. These failures raised serious doubt about the efficiency and integrity of the state’s June 2 primary, also conducted by mail.

In data reported by Nevada’s Douglas County Clerk-Treasurer’s Office, nearly a tenth of the mail-in ballots sent to active voters (3,745 of 38,260) in Nevada’s Douglas County were returned as undeliverable. Overall, 1,829,050 ballots were mailed to Nevada voters in 2020, with ~14% – or nearly a quarter million ballots, returned by USPS as undeliverable.

Michigan’s Secretary of State Jocelyn Benson reported that, as part of a mass mailing of absentee ballot applications across Michigan, some households received unexpected mailings for deceased voters or since-moved occupants. These failings were also noted as ‘no cause for concern, even if the applications went to deceased individuals or folks no longer living at the residences,’ embracing the idea that the process could assist the state in updating its voting rolls. In reality, relying on returned mail to correct a voter list – or in this case purge potential voters – is insufficient. Updating voter rolls requires a smarter data routine that is methodical and ongoing, and focused on correcting data rather than just removing a contact from the database.

These are not isolated statistics and returned mail likely has some level of impact in every state. With the right data tools, election boards can ensure delivery and reduce ballot mailing costs, as NCOA-verified mail allows mailers to receive bulk discounts, minimizing undeliverable-as-addressed (UAA) mail and its corresponding processing requirements.

Voter data validation is a rising crisis in the US – disenfranchising voters, inviting fraud, wasting money, and feeding deep debate about how to cast a vote. Coverage of election boards’ operational failures is adding fuel to this fire, particularly without much focus on how validation is handled today and how it could be handled better in the near future.

While participation in ERIC and use of NCOA processing can assist in rectifying some address information, these are incomplete measures to perfecting a voter roll. Instead, traditional, and non-traditional data points must work together to enhance verification of voter eligibility and ensure valid registrations. Understanding these processes is proving critical for election bodies seeking the most accurate data possible to improve their rolls—particularly as vote by mail options gain widespread consideration in the midst of COVID-19. Taking this smarter data approach offers a non-partisan solution to stemming these issues, protecting voter rights, and ensuring election integrity for the long term. 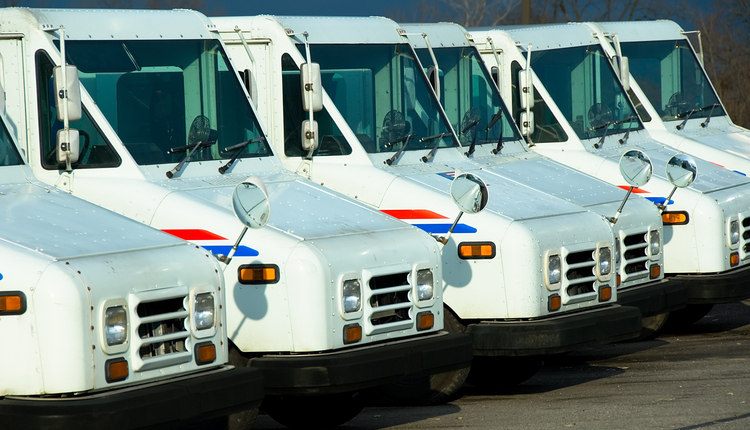 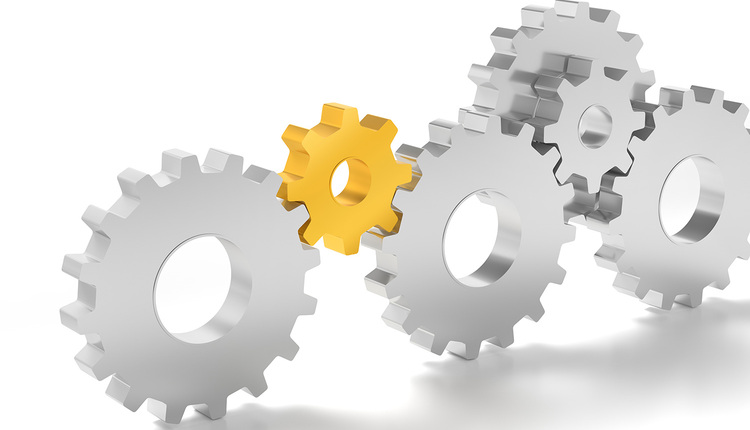 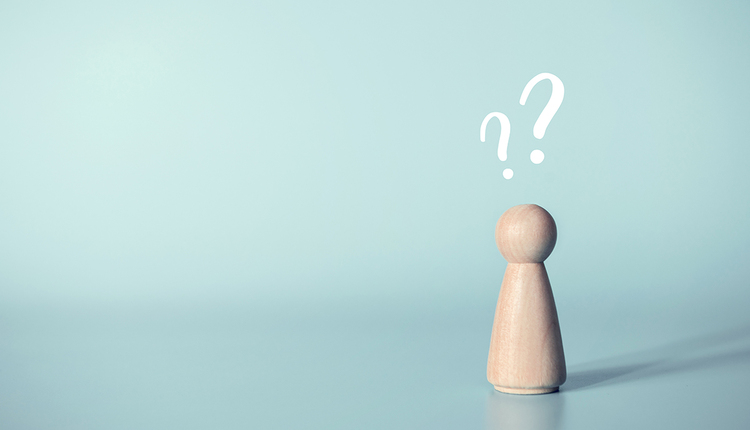 The Pandemic Brought You Customers, but What Now? 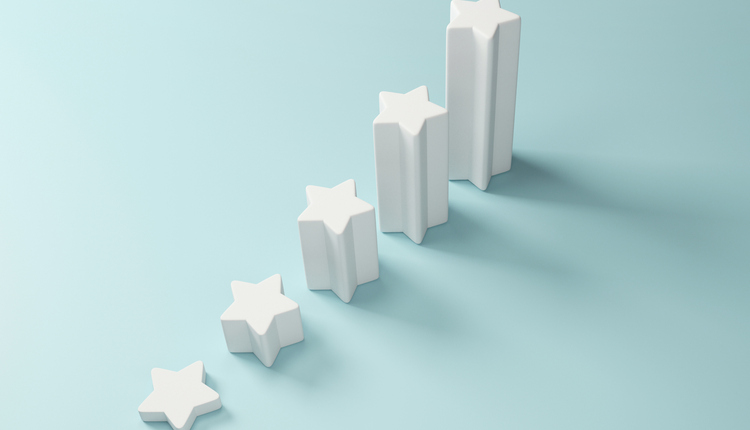 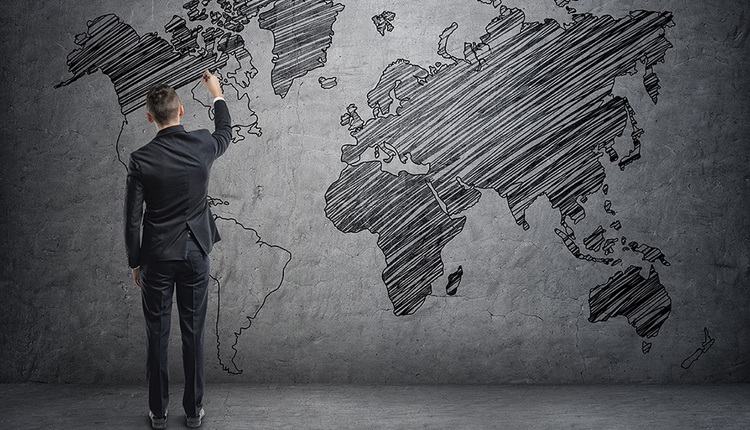