As a first-time customer of Graph- Pak, Mildura Printing director Lindsay Stephens said he had been eyeing the Rollem technology since 2019 and was stoked when he finally purchased the machine for his business.

“I first looked at a Rollem in 2019 but the investment didn’t fit into our plans at that time. So, when the necessity arose for us to get a heavy- duty die cutter, as we had been using an old letterpress to do die cutting,

I reached out to Tom Ralph from Graph-Pak to have a look at the Rollem again. Tom was running a special deal on the Insignia 5, which sweetened the deal,” he said.

“I did look at a few other options, but none were as sturdy, speedy and suited to what we were doing than the Rollem Insignia 5.”

The Rollem Insignia 5 digital die cutter creates a distinct space in the print finishing market for sheet-fed, label, packaging and mail applications. This flexo-magnetic rotary die cutter is set apart by its short, medium or long run capacity. Changeover on this machine is measured in just minutes and it is the only machine in its class capable of die cutting up to 30 pt. in thickness.

With run speeds up to 5,000 sheets per hour and its ease of operation, the Rollem Insignia 5 opens endless revenue streams for businesses.

According to Lindsay, productivity at his business has improved significantly since the installation of the Rollem Insignia 5 and the machine has the potential to take on more work. “Our productivity has been up since we installed the machine a few weeks ago. We’re adapting to use the machine for a lot of other things like die cutting different products such as plant tags for nurseries and promotional materials for supermarkets – anything that requires different shaped tags,” he said.

“It widens our product range going into the future as we can go into different areas which we couldn’t do before. And one of the features of this machine is that you can add on pieces in the future, which makes it even more diversifiable.”

Graph-Pak managing director Tom Ralph said before the investment in the Rollem machine, Mildura Printing had a good business, but wasn’t getting the most out of its return. So, following its purchase of the Rollem Insignia 5, the company now has a reliable solution that meets its needs.

“Lindsay made a leap of faith. He’d never met me in person before but was comfortable with our brand and our recognition,” Tom said.

“Even though we had some delivery issues getting the machine out of the US – which meant we had to end up delivering it by air and send out our engineer two days after it landed in Mildura – it was running on the third day. And I don’t think it has stopped since, nor do I expect it to stop either.” Tom also added that the Rollem Insignia 5 allows Mildura Printing to be a much more sustainable and profitable business moving forward.

“The die cutting was a very slow in-house process for Mildura which also required a lot of outsourcing. This was eating up a lot of money plus involved more waiting time. Now, Mildura Printing can print and be die cutting within minutes of the job coming off the printing press – something he had to wait possibly a week on many occasions to do,” he said.

“The machine is simple to operate and is robust in nature. If there was ever an issue, we’ll be able to send out trained engineers within an hour of Mildura’s plant as they aren’t located in a metro area. So, the business has a full package with us. In addition, Mildura Printing has a reliable solution for what it needs now, with a view of what it will need in the future.” 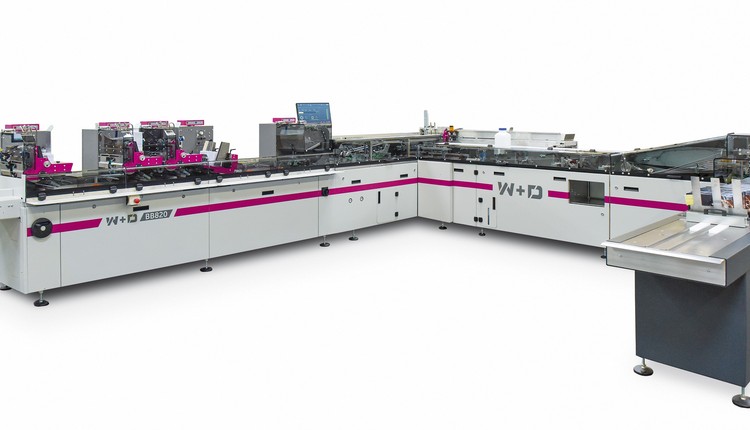