What will 2016 hold for the mailing industry? Perhaps we are on the brink of another economic boom. Perhaps Congress will pass meaningful, postal legislation. We can’t predict the future with certainty, but we do know that certain things will happen in 2016. A new President of the United States will be elected. Mail volume will increase due to both Vote-by-Mail and political campaigns.

We also know that what the mailing industry faces today is significantly more complex than what it did a decade ago. Today, we have technological advances that have given unparalleled access and information to mailers and mail service providers. But rapid advances in technology have changed the way we communicate with one another. Emails, texts, and Instagram have replaced the birthday card and hand written note. Households are increasingly making more payments and transactions online then in person or through the mail. Businesses are finding new and initiative ways to advertise with its customers through a mix of social media, online, and direct marketing.

The pressures this decline in mail volumes has caused both the Postal Service and the mailing industry are unprecedented. There has been a consolidation within the industry as companies either buy each other out or close down altogether. The shrinking of the mailing industry has meant a loss of jobs throughout the country as companies adjust to the lower volumes and excess capacity. The Postal Service has implemented several cost savings initiatives, as well, to remove excess workhours and facilities through its Network Rationalization Initiative.

The Postal Service decided to delay its Phase II consolidation until 2016. According to the USPS, “[t]he decision to defer plant consolidations was made to ensure the Postal Service continues to provide prompt, reliable and predictable service consistent with its published service standards.” These standards have become a hot topic within the industry since the beginning of 2015, with the change to the 24-hour clock.

The 24-hour clock and the change in overnight service standards for First-Class Mail and Periodicals have allowed the Postal Service to continue to consolidate operations throughout the country. Coupled with the introduction of load leveling to Standard Mail, Postal Service operations have been reduced substantially. With these reductions, however, have come many service standards issues.

In looking ahead to 2016, the mailing industry continues to track mail, using the suite of Intelligent Mail barcodes throughout the postal network. A common compliant from the past year that the Postal Service needs to address is the unpredictability of delivery. The tail of the mail has grown over the last year, as well as the number of early deliveries. It has become almost impossible for companies to predict mail delivery when predictability is key to competing with other channels, or be a part of a comprehensive marketing campaign.

Another aspect of predictability that is paramount to mailers is pricing. The mailing industry needs predictable and stable rates, as was mandated by the Postal Accountability and Enhancement Act of 2006 (PAEA). In 2016, the mailing industry, along with the Postal Service and the Postal Regulatory Commission will be facing two very important changes in prices.

The first is when the Postal Service is required to roll back an extraordinary, exigent surcharge that has been in place since January 2014. The matter of this surcharge was intensely litigated, and eventually found its way to the U.S. Court of Appeals for the District of Columbia. Subsequently, the decision regarding the surcharge was remanded back to the Postal Regulatory Commission for further deliberation, which has since determined that the surcharge must be removed following the Postal Service’s attainment of an additional $3.957 billion in contribution. The Postal Service has estimated it would reach this amount by April 2016. The Commission has ruled that it will allow the USPS only a 45-day notice to announce the rollback, which we can expected to happen around mid-February.

The second pricing event in 2016 that the mailing industry needs to prepare for is the Commission’s rate review. This review will focus on the system for regulating rates and classes for market-dominant products that was established under PAEA. There are differing opinions on the authority the Commission has in reviewing this system, but no one doubts that it will be a very resource intensive process, and will require the industry’s upmost diligence as it endeavors to explain why the current CPI cap setting mechanism, or some other variant, is imperative for the continued viability of mail as a medium for business communication and commerce.

Other aspects of pricing that play an important role in mail decision-making are the USPS promotions, as well as new products and innovations. The Postal Service has not announced (at the time of this article’s publication) its planned 2016 promotions. In the past, promotions have mirrored those of previous years with slight changes or requirements. In 2015, the Postal Service offered four promotions: Earned Value Promotion, Emerging and Advanced Technology Promotion, Color Transpromo Promotion, and Mail Drives Mobile Engagement Promotion.

The Postal Service will expand its Real Mail Notification (RMN) concept to a pilot test in the fall of 2015 in the New York City area. The RMN service is designed to send participants who sign up for the program an email each day with pictures of the physical mail that is scheduled to be delivered later in the day. The USPS will use the same authentication process it uses today for its MyUSPS.com registration.

Everything contained in this article from pricing to service to consolidations are all being considered in a legislative package that was introduced by Senator Carper (D-DE) this year. He believes that a comprehensive package of reforms must place the Postal Service on a firm financial footing, stabilize and improve service performance, allow for development of new products and services, and enhance service and operational transparency.

This bill is still far from enactment. While still in draft form, Senator Carper is actively seeking bipartisan sponsorship and swift action by the committee chairman to schedule the bill for hearings and mark-up. Once marked-up and voted out of Committee, it then must given floor time in the Senate for consideration by the entire chamber. Even if the Senate were to approve a measure, further action would require the introduction and similar processing of a like proposal in the House. Once passed, the Senate and House measures would have to have their differences reconciled through a joint chamber conferencing process in order to form one jointly approved measure to be sent to the President for his signature.

Senator Carper’s bill, The Improving Postal Operations, Service and Transparency Act of 2015 (iPost), has yet to be recognized by Chairman Johnson. It seems highly unlikely that any legislation will pass in 2015. If reform is to happen at all, it would need to occur in 2016.

A dear colleague of mine recently joked that the mailing industry was a lot like a soap opera. We laughed as he regaled us with examples of how three years later we were still discussing the same topics as when he left: pricing, service, and legislation. We laughed a little harder and some nodded in agreement, while other shook their heads in disbelief, because he was right! We have been discussing the same topics, with practically the same folks since before PAEA was passed. Add in a little costing and you have the complete postal universe and the challenges we face every year. And it is no different for 2016.

My only wish for 2016 is that the mailing industry joins together to finally voice its concerns around the key elements that affect our businesses day in and day out.

Jessica Dauer Lowrance, CAE, is the Executive Vice President for the Association for Postal Commerce. She can be reached at jlowrance@postcom.org.

When is a document really redacted? Next 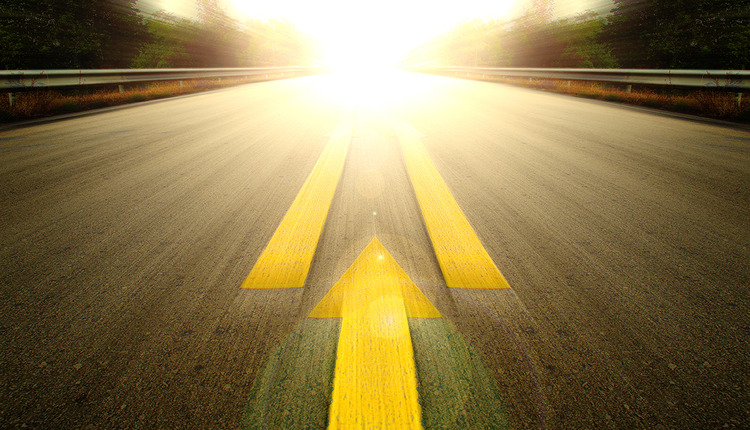