How are they different, and which is the right choice for your business (or do you even need to choose)?

In this article, I'll unpack the differences so you can decide for yourself.

Marketing is always tied to the media because that is how we deliver messages. Traditional marketing is tied to traditional media, and it is shaped by how those forms of media work.

In the 20th century, technology leaped forward and we started to see new kinds of media, like radio and television. These developments allowed more and more people to tune in to the same programs. Before radio and television, it was pretty hard to reach 100 people with your message, let alone a thousand.

By the time television began to take hold in America and around the world in the 1940s, it was becoming possible to reach millions of people at a time with your message. Marketers and advertisers began to realize that making even small messaging or design changes can have big effects on sales. The era of tweaking the marketing message began.

Traditional marketing taps into the largest audiences and delivers a message that is designed for almost everyone. This is its strength and its weakness.

An ad that runs during the Superbowl will reach more people than almost any other form of marketing. Millions of people will see it and react. If you are selling a product, it will be in front of so many eyes that a flood of sales is almost inevitable.

However, the cost of running an ad during the Superbowl is huge!

Also, anyone and everyone watches the Superbowl, so you can't speak to anyone directly with a targeted message. Mass-market ads are shown to everyone, and you don't have any control over who sees them.

For example, if you are paying top dollar to run an ad for a men's shoe brand during the Superbowl, you need to accept that a percentage of your audience won't be interested in men's shoes at all, no matter what, because they are women.

Even if more men than women watch the Superbowl, a big portion of your ad spend will be wasted.

Traditional marketing is big, clumsy, and inefficient, but it puts your product in front of more eyeballs than anything else.

Marketing that uses digital media rather than traditional media delivers the same kind of marketing message in a different way.

The difference between these types of media is that the digital versions have much smaller audiences, but are much more targeted.

Selling men's shoes with an ad during the Superbowl is expensive and inefficient.

Selling men's shoes on a blog about men's fashion is a slam dunk from a marketing perspective. Not only do you pay a fraction of the cost to run the ad, but almost 100% of the people who view your ad are potential customers.

With Facebook, Google, and social media ads, you can get really targeted by using the information these platforms collect about their users. Click here for more information. If you want to sell men's shoes on Facebook, you can create an ad that will only be seen by men aged 18-25 who earn more than $30,000 a year, have made a recent online purchase, and are fans of at least one other sneaker brand.

Digital marketing allows you to spend less on reaching the people who are most likely to buy from you. This makes it perfect for small businesses without a big marketing budget. However, it also means there is more work to do.

You only have to create 1 ad for the Superbowl. Online, you might need dozens or hundreds of different variations to reach different segments of your customer base.

Do You Need to Choose?

Traditional and digital marketing are not in competition. You can do either - or both!

If you're a small brand with a small budget, you'll likely get more value for your dollar with digital marketing. That won't stop big companies from taking advantage of the huge reach that traditional marketing has.

Sometimes the best approach is to combine strategies - for example, sending out direct mail flyers (see here for an example Mailing Systems Technology reported on a couple years ago) that also include a link to your website or an online landing page. These are especially effective if combined with date-specific digital marketing efforts like the USPS's Informed Delivery.

The important thing is to reach your potential customers wherever they are, via whatever medium they prefer.

As an experienced business consultant, Arnold Rogers has advised businesses across many industries in areas of lead generation, customer experience, service development and small business cash flow and financial management. He has experience in handling diverse industries, from fast-moving consumer goods to business-to-business hardware retailers. Arnold's core focus and interest is in improving businesses' efficiencies by leveraging technology, from marketing to project management. In his free time, he contributes to tech and finance websites to share his views.

Postal Addresses: A Valuable Asset Next 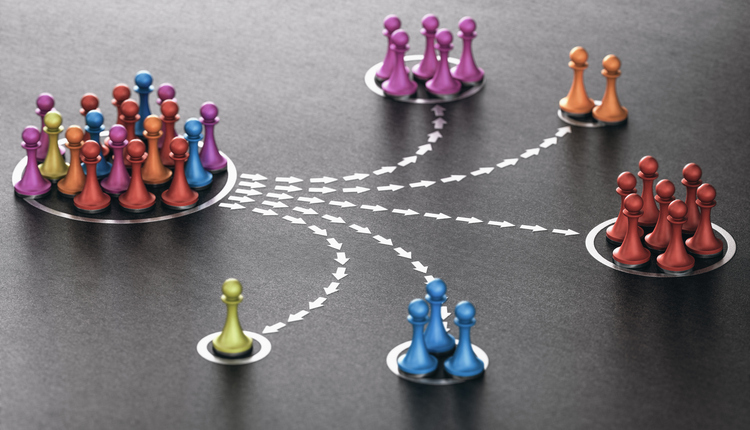